Presented at the 87th Geneva Motor Show and heir to the McLaren 650s. The Rent MCLAREN 720S Dubai is a flagship model of the Supercar Series. It is equipped with a standard carbon-fiber rigid roof (or a glass panel). That deploys in 11 seconds and up to 50 km / h and has butterfly doors. The McLaren 720s features a 4.0-liter V8 twin-turbo engine producing 710. Horsepower transmitted to the rear wheels via a seven-speed gearbox. The rental of the McLaren 720s is available in all supercar hire Dubai & Sports Car Rental Dubai agencies (Dubai, Abu Dhabi, Sharjah, Al ain) with the possibility of being delivered across UAE.

Supercar hire Dubai invites you to rent a McLaren 720S with us in Dubai and the UAE. Your luxury McLaren is waiting to take you on the ultimate adventure. Each McLaren 720S rental is accompanied by our excellent service and highest standards for the best luxury car rental available.

We are rarely as enthusiastic about a new car on the market, but the McLaren 720S deserves all the attention we can give it. The 720S embodies the art of aerodynamics. It offers blazing speeds, ultra-precise handling. You always enjoy luxurious driving and room in the trunk for the practical things of life, like the weekly shop. There are not many supercars that could provide more than a few of those traits, but this monkey makes all the tricks you could want.

The official McLaren figures give impressive statistics, but those who know and love this brand know that McLaren is under-reporting. Therefore, when you rent the 720S, everything you expect will certainly be exceeded. The McLaren 720S would be the most complete supercar on the market and we totally agree. As you can imagine, availability is limited, but you can rent the 720S anywhere in  Dubai. come on, make your desires come proper.

Reserving a Mclaren 720s for an afternoon or a week has to be smooth! Supercar hire is an excellent automobile apartment corporation in Dubai and our customer service at your service is our top priority.

When traveling to any destination, get the keys to your McLaren 720S and stand out among the crowd at your next business meeting. Surprise the wife and children with a Dubai getaway, visit Dubai and savor the flavors, culture and rich history. Be an Arabic for a day and visit Dubai with its rich cultural heritage, fine cuisine and, of course, the best supercars in the world! Rent among the best, rent a McLaren 720S with Supercar Rental Dubai today.

Rent a McLaren: the dream of all luxury vehicle fans! Today, Supercars Dubai offers you the opportunity to live this exceptional experience, by offering the rental of the McLaren 720S Spider in its agencies in Dubai and Sharjah.

GIVE YOURSELF A WEEKEND AT THE WHEEL OF A SUPER SERIE

McLaren is one of the names enough to thrill motorsport enthusiasts. imagine yourself at the back of the wheel of one of the brand’s jewels! Especially since the 720S, which replaces the 650S, has it all. Its twin-turbo V8 engine allows you to go from 0 to 100 km / h in just 2.9 seconds and reach a whopping 340 km / h at top speed.

In terms of comfort, we are clearly in a vehicle designed and designed for the sport, we realize it by settling on board: it feels more like sliding in the controls than getting in the car! However, well wedged in the leather seats, you will quickly enjoy the ride. Roaring engine, ultra-fine steering, and millimeter braking guarantee unprecedented sensations for both the driver and the passenger. The little extra: even decapoté, the coupe protects you from the rain thanks to the studied form of its windshield. To you the transfers on the Breton coasts!

RENTAL OF THE MCLAREN 720S SPIDER

Versatile, powerful and racy, this car of high standing will seduce the most demanding amateurs. Its unmistakable silhouette and technical capabilities instantly transport you to a previously inaccessible world, the Super Series. For a day, a weekend or more, come rent your McLaren in our agencies in Dubai, Abu Dhabi, Sharjah, Abu hail, Al ain. Treat yourself to an unforgettable getaway, alone or in Dubai, at the wheel of one of the jewels of the luxury automobile. Hair in the wind, head in the stars, prepare to live an exceptional moment!

V8 4 liters developing 720 horsepower, 0 to 100 km / h in just 2.9 seconds, a maximum speed of 341 km / h. By displaying such figures McLaren put as usual on the efficiency for its 720 S Spider. Avant-garde technologies, carbon structure, this supercar is a real jewel that combines comfort and performance of the highest level. The McLaren 720 S Spider is without a doubt one of the most successful achievements of the British firm.

The latest vehicle from the British manufacturer was unveiled in March 2017 at the Geneva Motor Show and produced since April. After only a few months, Mclaren720s has indeed recorded more than 1,500 orders for its supercar. The carbon fiber capsule in front of your eyes rotates 90 degrees to reveal a group of digital instruments. In the center, a portrait-style infotainment system comes alive as your shoulders vibrate during the launch cycle of the 4.0-liter V8 bi-turbo. Then, a powerful bark emanating from two exhausts, mounted at the height of the back, marks the beginning of the game. It is a performance that even the rival Ferrari 488 GTB can not match.

The characteristics of rent McLaren Dubai

The 720S has a more angular design, especially in areas where the wings collide with the trunk lid. The headlights are no longer incorporated in the upper wings but are placed lower and inside large sculptures at each corner. In addition, daylight hours of strolling lighting are separate gadgets now. At the bottom, the 720S has got a bumper of body color. Innovation in technology that first appeared in the McLaren P1 “hypercar”: the MonoCage II is a one-piece carbon fiber tank that now includes the roof. Unique in the supercar category, this high-strength, low-weight cabin offers unparalleled rigidity, breathtaking driving dynamics and exceptional protection for you and your passenger in the event of a crash. The MonoCage II, the only one of its kind on the 720S,

The doors have a power that channels the air into the high-temperature radiators that cool the engine. At the heart of the new Super Series model, McLaren has abandoned a new, turbocharged 4.0-liter V8 called the M480T. An evolution of the old 3.8-liter engine (gasoline), with 41% new parts, a 4.0-liter engine. Producing 710 horsepower and 568 lb-ft of torque with only a very small front turbo-lag. That the horizon does not become blurred. The rear wheels are driven by a 7-speed automatic dual-clutch transmission. This allows the 720S to be propelled from 0 to 62 mph in 2.9 seconds. And from 0 to 124 km / h in 7.8 seconds, before reach a maximum speed of 212 mph.

Enumeration of some equipment included:

The price of McLaren 720s

The McLaren 720s is offered in France with a price of 249175 € for the standard model .And 261135 € for the performance and luxury versions. The McLaren720S is the most expensive supercar of its competitors. But this is not surprising considering the more powerful engine and all the technologies. McLaren 720s is a minivan car but is not intended for everyone. It has a clientele of a certain social class. But you can realize your dream by buying the McLaren720s with the used car model at only 241175 €.

The competitors of the McLaren 720s

Even though it was initially thought that the award-winning V-8 bi-turbo 3.8-liter would win in the 720S with improved internal performance and more power, McLaren DeVerso when it comes to know-how, Ferrari and Lamborghini offer first-class cockpits. Matching the new presentation of the 720S is a difficult task. The Huracan, meanwhile, has everything it needs to match the cockpit inspired by the 720S race. Except for the rotary instrument cluster, but the angled center console and the aggressive-shaped dashboard will make you feel like you’re in a race car. Of course, she still does not look as fresh and advanced as the McLaren.

If there is one thing that puts the 488 GTB and the 720S in the same line, it is their transmissions. Like the McLaren, the Ferrari uses a V-8 twin-turbo. But do not be fooled by the missing 50 horsepower, the 488 GTB is almost as fast as the 720S from 0 to 100 km / h, requiring three seconds to reach the reference point. According to the final specifications of the McLaren. As for the top speed, the 488 GTB is only qualified as “205 km / h”, compared to that of the 720S at 212 km / h. Unlike the 720s and 488 gtb, the Lamborghini Huracan comes with a more conventional evidently aspirated engine. Audi R8, the 5.2 liters V-10 develops 610 horsepower and 413 pairs.

Conclusion: the car that combines speed and performance

Without a doubt, the Mclaren 720s wins the title of speed and performance. If you are passionate about supercar with an aggressive look and staggering performance, the first recommendation will be the McLaren 720s. you staying power doll-sized longer remorse your choice

How can I rent this car?

we will deliver the car to your desired location. Car rent and the deposit will be done while you are receiving the car 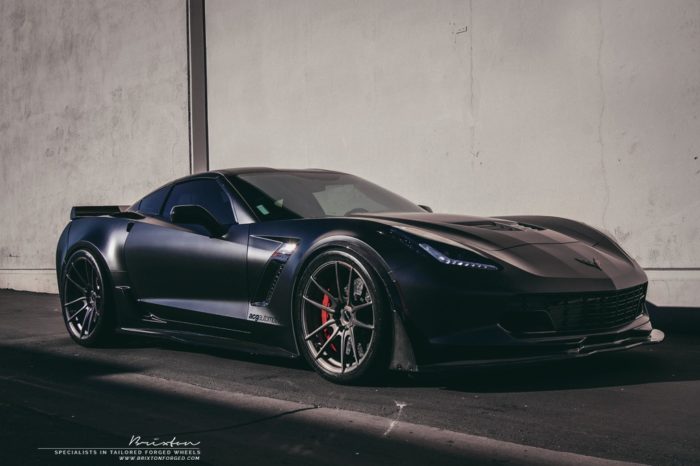 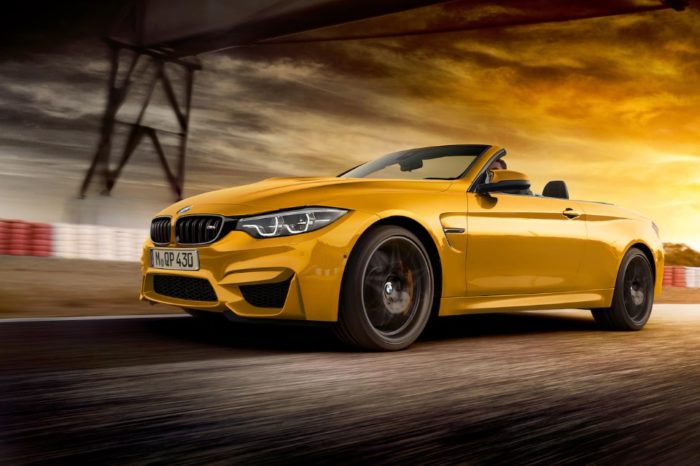 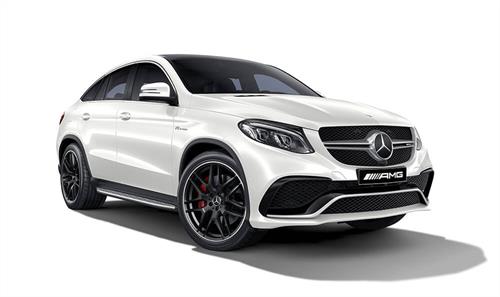